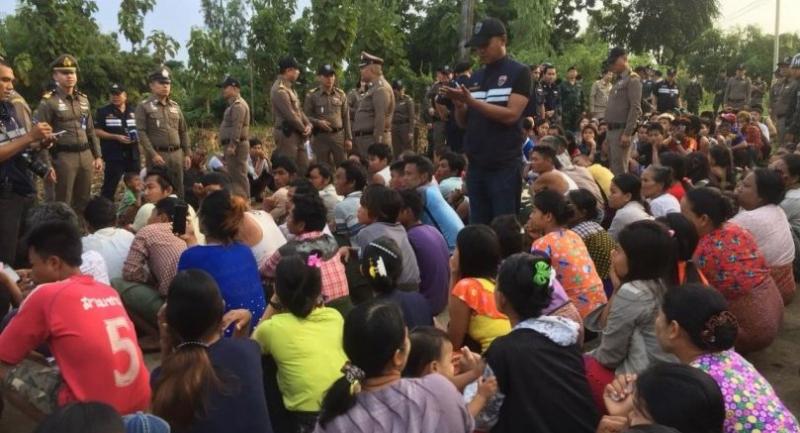 Immigration police and soldiers arrested 64 Myanmar nationals in an inspection of a migrant community in Tak on Wednesday morning. The other six had overstayed their visas.