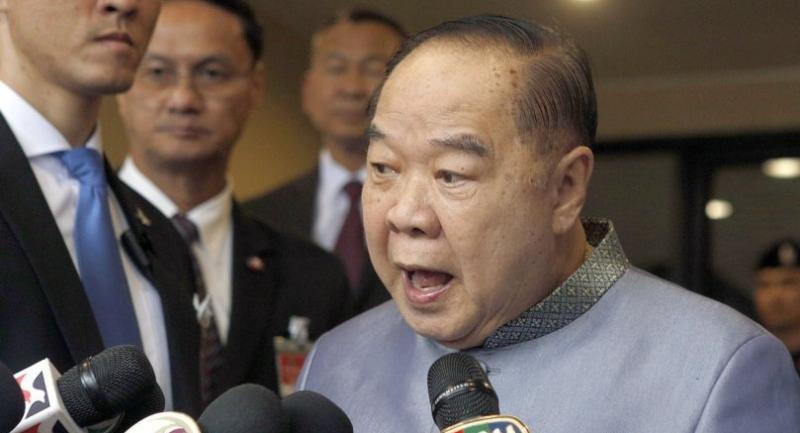 Key government leaders maintained on Wednesday that the next general election would be held on February 24, dismissing speculation of possible postponement until late April.

Deputy Premier and Defence Minister Prawit Wongsuwan said he was unaware of any factors that would cause the election, tentatively scheduled for February 24, to be put off further.

When asked if disturbances would be a factor for postponement, Prawit, who is in charge of security affairs, said risk factors mainly involved politics.

“Most people want to vote and there are no reasons to postpone the election,” he added.

“I have never heard of any postponement. Everything is still the same,” he said.

The deputy PM was told that certain politicians had voiced concern that the election could be postponed until April 28. He responded that he wondered what could cause such concern.

Wissanu, who is in charge of the government’s legal affairs, also defended the four Cabinet members who still kept their seats after becoming executive members of Palang Pracharat Party, which is expected to nominate General Prayut Chan-o-cha as its prime ministerial candidate in the next election.

However, Wissanu warned his fellow ministers to take extra caution in performing their duties, as they could commit wrongdoing if they used their positions to campaign for their party.

He also noted that the four ministers had suggested that they would step down when the time was right.

Meanwhile, Democrat Party politician Ramet Ratanachaweng on Wednesday said if the four ministers opted to remain in office now, they had to avoid taking advantage of political competitors through their government positions.

“They should make sure there is transparency and equality in the political ring. Do not use their power and duty to help their party campaign. Doing so is against good governance,” he said.