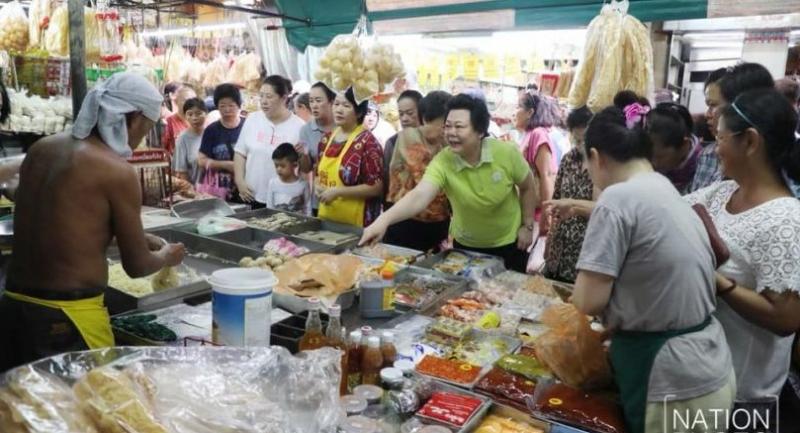 Vegetable prices have climbed up by a few baht per kilo ahead of the Chinese Vegetarian Festival, which will officially kick off tomorrow.

Vendors at a fresh market in Bangkok believed vegetable prices would soar even higher during the festival, which will run till October 17.

The price of a kilo of celery, which cost between Bt8 and Bt12 only recently, had risen more than 30 per cent to Bt13-Bt14 per kilo on Sunday.

Some people started their vegetarian diet a few days ago to ensure their systems were free from meat when the festival starts.

Many vendors are cooking Chinese vegetarian food for sale. Each bag costs between Bt35 and Bt40. Freshly cooked dishes cost between Bt40 and Bt50 each.

Commerce Minister Sontirat Sontijirawong said on Sunday that he had instructed the Internal Trade Department to ensure commodity prices do not rise too high during the Chinese Vegetarian Festival.

According to a survey by the Thai Chamber of Commerce University’s Centre for Business and Economic Forecasting, about 33.8 per cent of people would be joining the festival. They plan to buy Chinese vegetarian food from convenience stores or local food shops. Some 41.9 per cent of those polled believe they will have to pay more for vegetarian items this year.