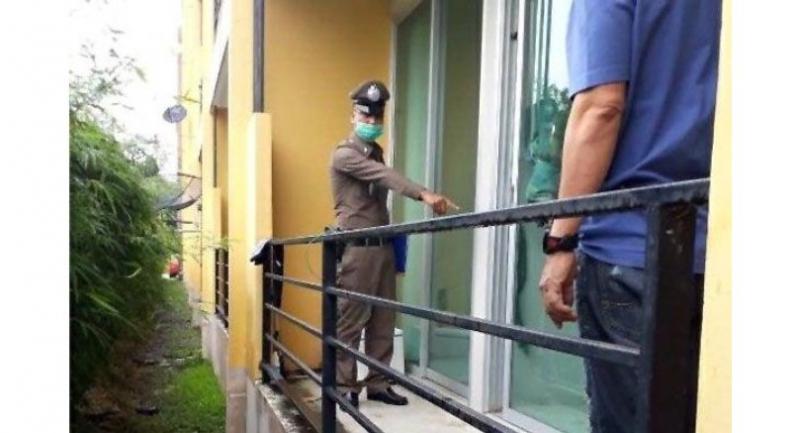 Police are trying to identify a man who was found dead in a condominium in the Wichit area of Phuket.

Wichit police were notified on Monday that the body of a man had been found in a room at a condominium in Ao Makham.

Police arrived at the room on the first floor to find the body of a Caucasian male, aged around 30 to 40 and wearing only shorts, on the floor.

They believe that the man died at least three days before his body was found.

In the room police found two knives, gloves, a Toyota car key and a Honda motorbike key. There were no signs of a struggle, according to police.

The body was taken to Vachira Phuket Hospital.

Residents in the condo complex said they had smelled “something unpleasant” three days earlier, and had alerted the condo security man.

When police arrived, the residents told them they only knew the man as “Lee”.

The condo caretaker told police that the room belonged to a woman, and that no one had been living there for about one year, as far as he knew.

He said he had no idea how the man had entered the room.

Police however discovered that the room could be accessed from the rear, as a door could be easily opened.

Police are now trying to identify the body.