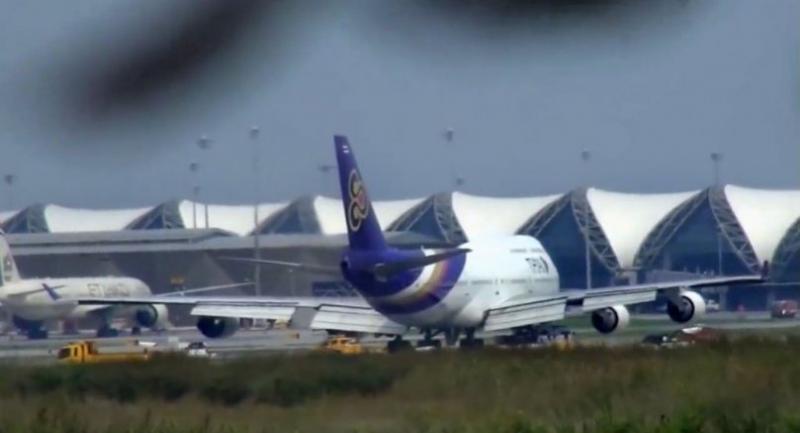 One of the Suvarnabhumi Airport runways, which was the scene of a Thai Airways international flight from China skidding off course while landing in heavy rain on Monday night, was reopened and traffic resumed at 5pm today.

Transport Minister Arkhom Termpittayapaisith thanked all who contributed to safely and efficiently retrieving a “jumbo jet” that had skidded off the runway, with the time required to free the plane and clear the scene kept under four hours yesterday – about 90 minutes less than the estimated completion time.

According to Flight Lieutenant Pratthana Pattanasirim, THAI’s director of security and flight standards division, no one was injured when flight TG 679 skidded off the runway. It left Guangzhou at 8.58pm (local time) and arrived at Suvarnabhumi at 10.48pm.

Passengers were safely transferred from the plane to the terminal and THAI gave them snacks and drinks while they waited for their luggage.

Pratthana said the airline would cooperate with other agencies to investigate the cause of the accident.