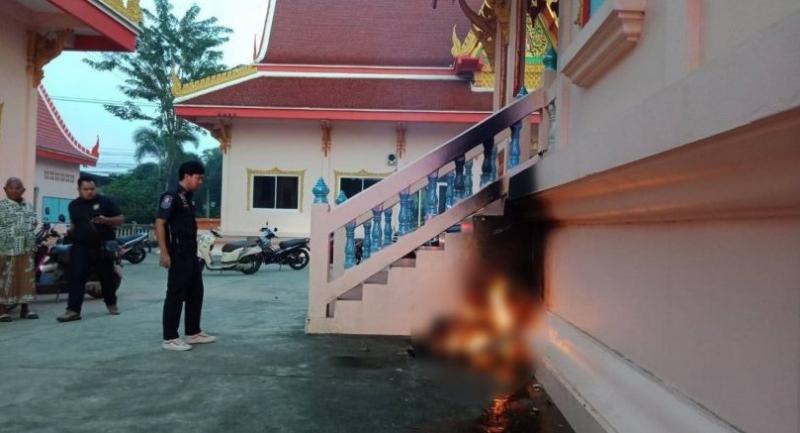 By Theerawat Thongma
The Nation

A 52-year-old Thai man appears to have burned himself to death near a temple crematorium in Chon Buri's Bang Lamung district early on Thursday morning, police said. Temple disciple Sawat Thongkrim, 62, said the complex was closed at 9pm and reopened at 5am. He spotted a fire and alerted the abbot and police.

CCTV showed the man entering the temple at 5.10am carrying a bottle and circling around the temple.

He was found dead where the camera did not cover. Police suspected the man had committed suicide after possible chronic illness and are investigating the death.