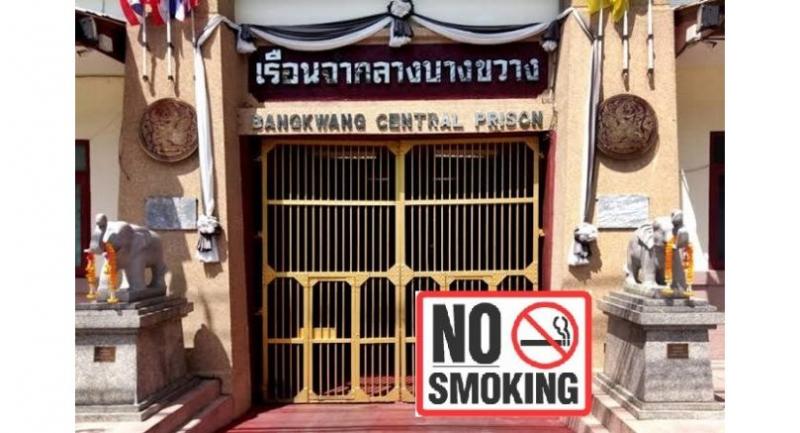 All prisons will become smoke-free in the near future as the Corrections Department is preparing to fully comply with the upcoming stricter tobacco law.

“We believe the new law will come into effect late this year or early next year,” the department’s director-general Naras Savestanan said on Monday.

More than 300,000 people are now living behind bars at 143 correctional facilities across Thailand. About 40 per cent are smokers.

“Smoking is directly related to respiratory illnesses, which often cause death,” Naras said.

He was speaking after a meeting with the Disease Control Department’s (DCD) chief. The discussions were aimed at ensuring prisons are prepared to comply with the strict new tobacco law.

DCD has offered to send their staff into the prisons to help inform inmates about how to quit smoking.

Cigarettes are still being sold in prisons. Cigarettes will be banned, along with smoking them, throughout correctional facilities once the new law comes into effect.