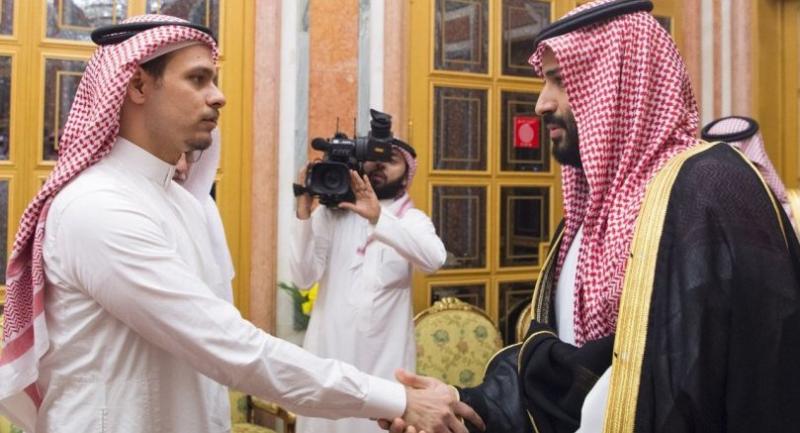 The photo apparently showed Salah's "pained expression" as he shook the hands of Mohammed.

The report said King Salman and Mohammed received Salah and Khashoggi's other son, Sahel, at the Yamama Palace in Riyadh on Tuesday (Oct 23).

"They brought him to the royal court to accept condolences. The look on his face. This photo makes me want to scream and throw up," Manal al-Sharif, the author of Daring to Drive: a Saudi Woman's Awakening was quoted as saying.

"Saudi tyrant 'MBS' - a.k.a. Mohammed Bone Saw - forces Jamal Khashoggi's son to do a PR photo-op handshake, days after ordering his father's torture, dismemberment and murder. A new low, even by the medieval standards of this barbaric crown prince," he tweeted.

The report said a friend of the Khashoggi family had told the Associated Press that Salah had come under a travel ban since his father had began writing critically about the prince for The Washington Post.

Khashoggi, a columnist with the Washington Post, went missing after visiting the Saudi consulate in Istanbul on Oct 2.

Turkish officials believe he was tortured and killed while in the consulate, and his body dismembered.

Saudi officials initially denied claims he was dead and said he had left the consulate. However, on Saturday (Oct 20), they finally admitted that Khashoggi had been killed, supposedly in a fistfight with at least 15 security personnel.

The killing has seen bipartisan condemnation from both Democratic and Republican senators in the United States, although US President Donald Trump said he found the Saudi explanation “credible”.