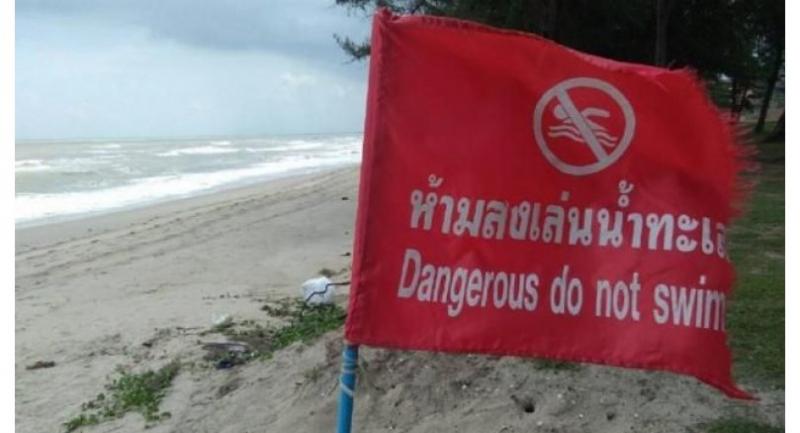 Authorities raised red flags along the popular Samira Beach in Songkhla on Saturday to warn tourists against swimming in the rough sea.

The warning was issued because of high waves caused by a strong monsoon.

Officials said they decided to issue the warning because records showed that several tourists drowned each year at the beach due to high waves at this time of year.

Many Thai and foreign tourits continued to visit the beach but guards were deployed to strictly enforce the swimming ban.