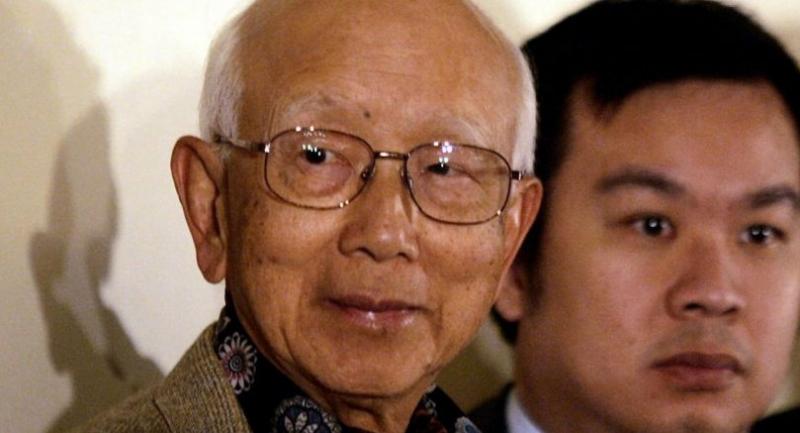 In this file photo taken on February 17, 2005, film producer Raymond Chow (L) attends a press conference on piracy where he and other industry officials jointly signed a document on copyright law in Hong Kong./AFP

Chow co-founded the Golden Harvest studio in 1971 and was seen as largely responsible for bringing the city's films to an international audience.

He produced more than 170 films over his career, according to industry website IMDB, and nurtured the careers of several action stars, including Jackie Chan.

Chow first worked with Lee on "The Big Boss" -- released as "Fists of Fury" in the United States -- in 1971, making the actor a martial arts legend overnight. The film broke box office records both in Hong Kong and overseas.

He went on to produce or co-produce two of Lee's best known films: "Way of the Dragon" in 1972, followed a year later by "Enter the Dragon", the first cinema collaboration between a Hong Kong studio and Hollywood.

He repeated the success with Chan, first working together on "The Young Master" in 1980.

Born in 1927 in Hong Kong, Chow studied journalism in Shanghai and briefly worked as a reporter before going into the film industry.

He joined the Shaw Brothers studio in 1958, working his way up to chief executive before leaving in 1970 to set up his own firm.

He was recognised with a Lifetime Achievement Award at the Asia Film Awards in 2011.

Fellow filmmakers and industry figures paid tribute to a man they said played a crucial role in the emergence of Hong Kong cinema.

A message on the Twitter account managed by Lee's daughter recognised Chow's role in the late legend's rise to stardom.

"Thank you Raymond for taking a chance on a young Bruce Lee and helping him to realise his dream. Rest in peace, Raymond," it said.

"He discovered Bruce Lee and Jackie Chan, who until then were unheard of," Sin told the South China Morning Post. "Chow is an indelible hero in the history of action movies."

"He was a major mover in the industry," Cheung told the Post. "He brought Hong Kong movies to the international stage."