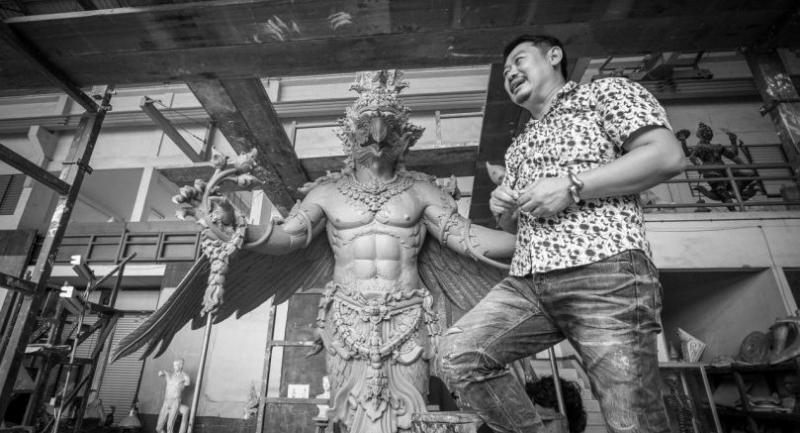 Pitak Chalermlao, a respected sculpture artist who made the earth mould for resin garuda sculptures around the Royal Crematorium of King Rama IX, has died of lung cancer.

Prasopsuk Ratmai, chief of the sculpture unit at the Office of Traditional Arts of the Fine Arts Department, said Pitak Chalermlao was pronounced dead at 12.50am on Saturday at Phra Mongkut Hospital.

He had been receiving treatment at the hospital for lung cancer for about four months and was admitted to the hospital a week before he died.

Pitak made the earth mould for the main garuda sculptures at four directions of the Royal Crematorium.

He was a sculpture artist of the Office of Traditional Arts.

A funeral service will be held at Wat Saket on Sunday.