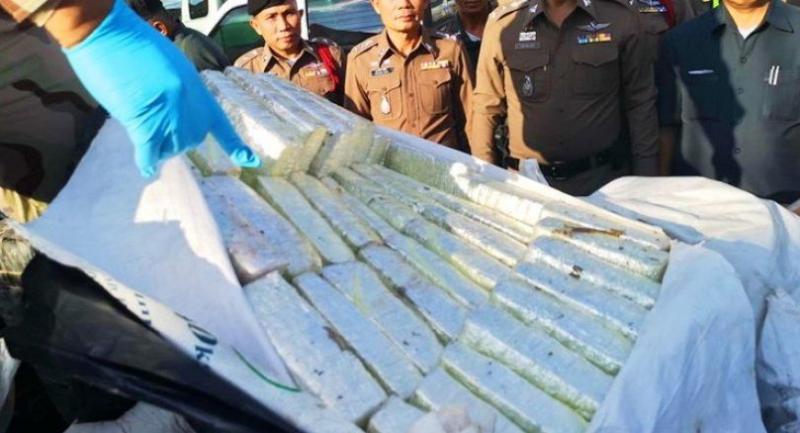 A pickup truck with 300 kilos of marijuana was found abandoned on a road in a Nakhon Phanom town on Tuesday evening. A policeman was directing traffic at an intersection near the fresh market in the heart of Tambon Tha Uthane when he spotted the stationary vehicle about 200 metres from his booth.

Local residents told Pol Capt Kachane Somphote, deputy inspector of the Tha Uthane police station, that the pickup had been parked in the same spot since Monday night. Kachane then checked the licence plate against records and found it was a fake, so he called for backup from the station. The team searched the vehicle and quickly discovered 300 bars of marijuana divided up into kilo bags. The bags had been hidden under eight sacks of cow-manure compost.