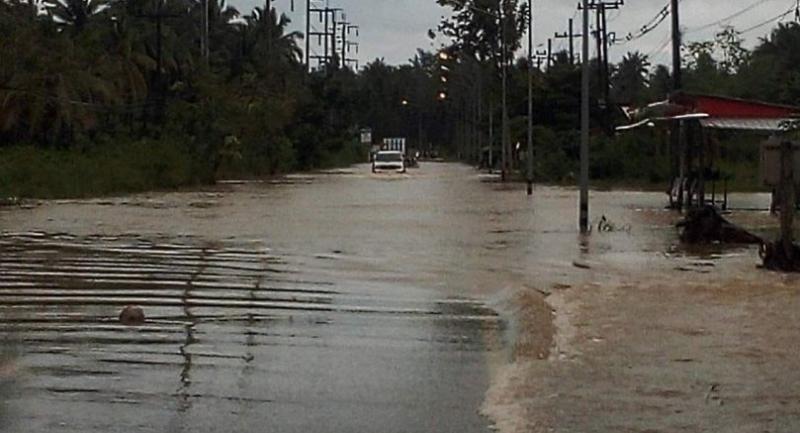 Bang Saphan Hospital in Prachuap Khiri Khan transferred 10 patients in critical condition to the provincial hospital on Thursday night amid heavy flooding triggered by more than 200 millimetres of rainfall in just 24 hours. At least five schools had to stay closed on Friday morning.

Floodwaters outside Bang Saphan Hospital prompted the evacuation of nine patients on respiratory aid and a pregnant woman.

Kittikorn Thepyoo-amnuay, head of the provincial disaster prevention and mitigation office, said on Friday morning the water level at Wang Yao Bridge on the Phetchkasem Highway was “beyond critical” at above 7.5 metres and still rising. Parts of urban Prachuap Khiri Khan were inundated and runoff from the Tanaosri Mountain Range was expected to add to the city’s woes later Friday afternoon, he warned.

Some 3,000 residents of Bang Saphan Noi district were affected, Kittikorn said, and aid was being distributed.