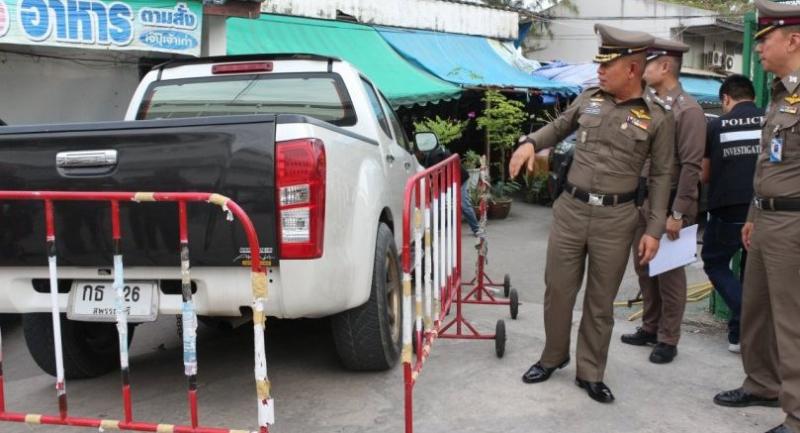 A man was killed and his two friends injured in a shooting in front of a khao tom (boiled rice) shop in Pathum Thani's Klong Luang district early Wednesday.

The Klong Luang police station was alerted of the shooting at 4am.

Police said Warut Timprathum, 27, was shot once under his right eye and died at the scene.

Police found seven spent shells from a .45 revolver and a 9mm pistol at the scene.

Decha Phothichak, 51, the shop owner, said the shooting occurred about half an hour after the group had arrived at the shop and took place as they were leaving.