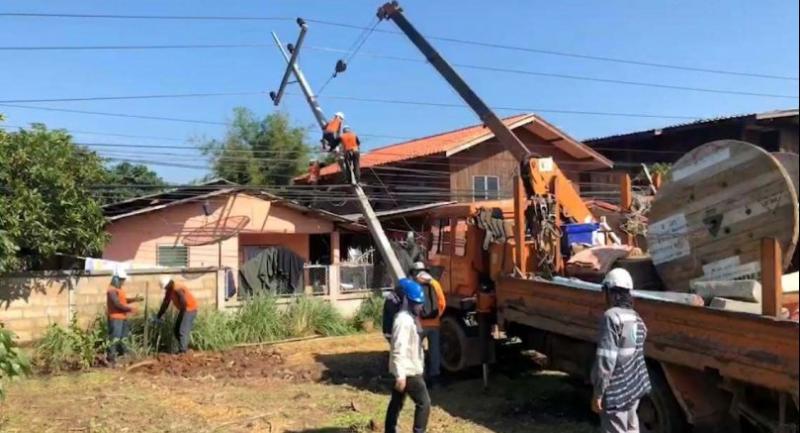 Phayao deputy governor Pongphan Wichiansamut on Monday handed out 10,000 roof tiles to some 1,000 families in Chiang Kham district after their roofs were damaged by a hailstorm on Sunday. Pongphan said that after housing in four villages in Tambon Nam Wan and another eight in Tambon Chiang Ban had been damaged by the storm, the provincial administration visited the villages to distribute tiling to around 1,000 families in the two areas.

The provincial body has received reports that two villages in Tambon Thung Phasuk were also hit by the storm, but it has yet to survey the damage there, the deputy governor added.