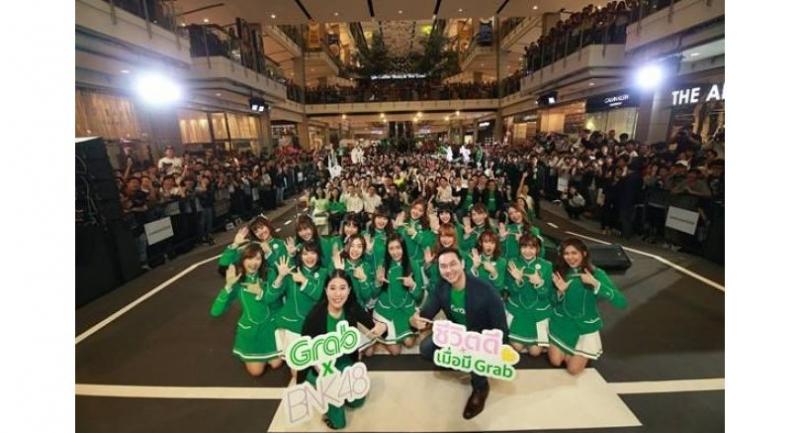 Grab, Thailand’s Everyday App, introduced BNK48 as its first brand ambassadors in the country During a launch event at Central World, the company said in a press release issued on Thursday.

Supporters and fans enjoyed a live performance, on-stage interviews as well as prizes.

Under the Grab-BNK48 partnership, Grab will roll out an extensive out-of-home and digital campaign through various media channels including online advertisements and billboards featuring BNK48, the company said.

Grab users can also look forward to special daily deals with promo codes tailored to different members of BNK48. These promo codes can be used across various Grab services.

And as a thank you to fans who use Grab services, Grab will also be hosting an exclusive Grab x BNK48 party, which will be held in Q1 of next year.