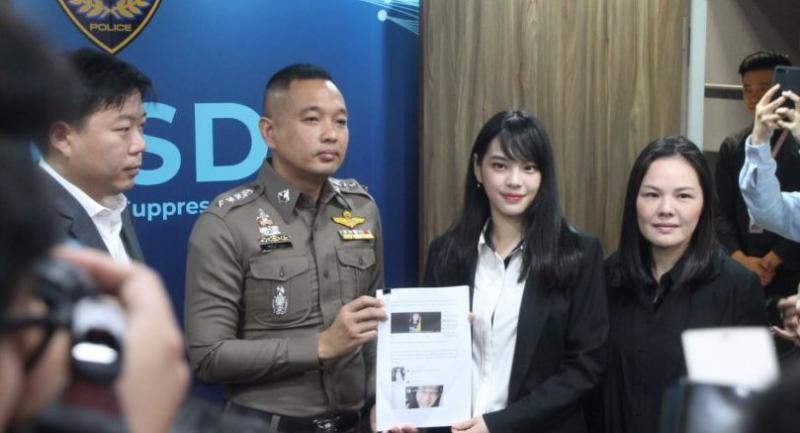 Teen idol Cherprang Areekul filed a complaint with Technology Crime Suppression Division (TCSD) police on Tuesday morning after a picture of her had been Photoshopped to include a sex toy in the background.

The photo of the BNK48 group leader, uploaded to her Instagram Stories last week, was altered to include something resembling a remote-controlled sex toy.

It was uploaded by a Facebook Page and has attracted thousands of reactions. Cherprang said she had been notified of the photo-tampering by a fan on Sunday, and had consulted her management company before deciding to file the complaint.

This is not the first time it has happened and other BNK48 members have been abused like this too, she added.

Cherprang expressed her thanks to the fans who had notified her about the image and poured out their warm support for her.

She also condemned the abusers. “This action reflects your conscience. I want you to stop,” she said. Abusers are subject to a maximum jail term of three years and a maximum fine of Bt200,000 for such offences.