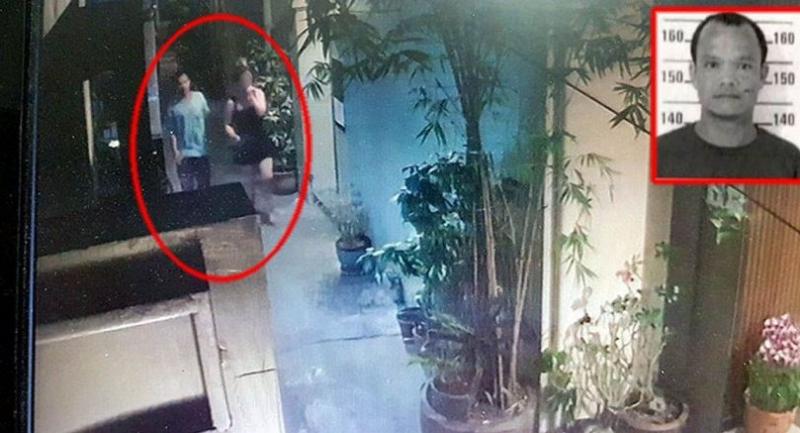 A 34-year-old Thai construction worker has contacted police to offer to surrender within two days to face the accusation that he had lured a 29-year-old New Zealand woman and raped her at an under-renovation building opposite Wat Rajabophit in Bangkok’s Phra Nakhon district early on Saturday.

The unnamed tourist had filed a rape complaint at Samranrat police station at 3am on Saturday, after she, having earlier been drinking with friends in the Khaosan Road tourist area, which she had left around 2.30am, was allegedly lured to the under-renovation building and was attacked. This led to a police investigation that identified the suspect from CCTV footage as construction worker Anat Utdee.

Police then secured warrant for his arrest.

Surachate said the tourist had entered Thailand along with friends on November 18, and they were scheduled to return home on December 2.

After the attack took place, police assisted in securing the victim’s extended stay in order for her to testify in the case investigation.

He said the victim had been vulnerable due to intoxication from drinking alcohol in the Khaosan Road area before she was attacked on the way back to her hotel, and he warned tourists to be cautious about drinking and urged them to keep in the company of friends for safety.

The police and related agencies have already provided extra security in the area to ensure there are no crime-risk spots, the police chief added.

The scene of the sex crime is an under-renovation three-storey building that is covered at the front in green plastic netting.

Neighbors said the renovation work had been ongoing for a while and the suspect, as a worker there, had been seen getting drunk after work and often coming to the site at night, but no one had paid much attention to him until the rape allegation emerged.

According to CCTV footage, the victim was seen getting out of a taxi at 2.33am on Saturday and seated on the footpath near a hostel with her head down, apparently drunk, when she was approached.

The victim and Anat were seen together before the woman was allegedly lured to the crime scene.