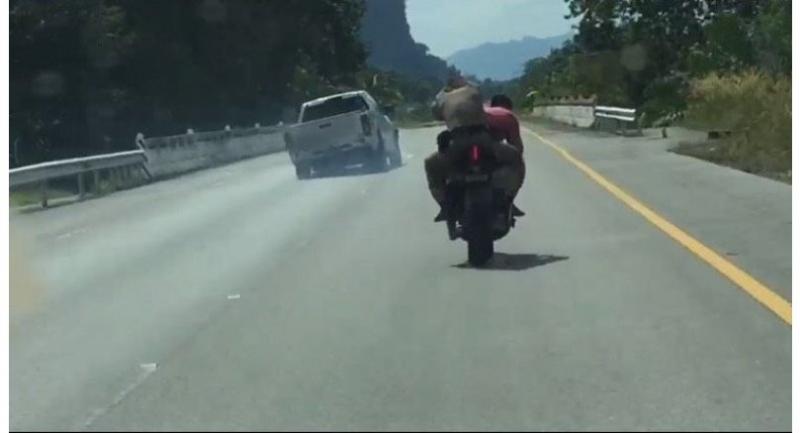 A Krabi policeman hitched a ride on the back of a volunteer's big bike and fired shots at a hit-and-run suspect who was attempting to flee in a speeding pickup truck.

Ao Lueak Police Chief Col Kritsanat Wongklaharn, said: “At 10am we were notified from Phang Nga Police that a pickup truck had fled to Krabi after a hit and run in Phang Nga.

“A volunteer big bike rider who saw the incident asked police to jump on his big bike and they set off after the pickup truck with other police in tow.

“The 21 year old suspect Kietisak Srisaema, who sustained minor injuries in the incident, has been arrested. He came up ‘positive’ in a drug test. He told us that he had had an argument with his wife before the incident.”

Kietisak has been charged with driving under the influence of drugs, driving with disregard for other people’s safety, driving through stop signs and reckless driving.