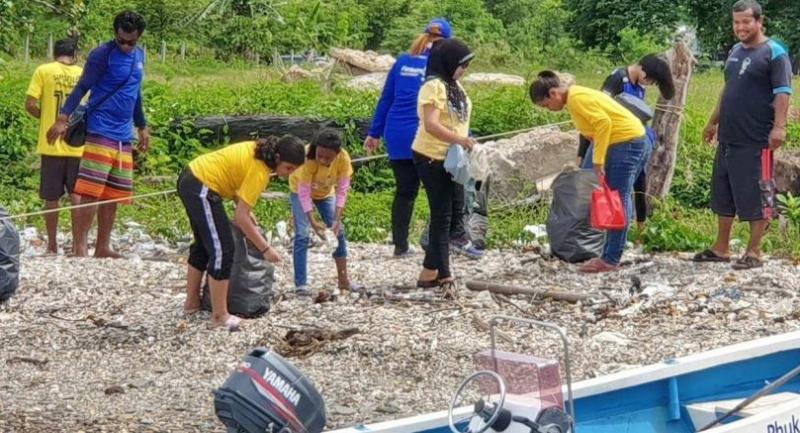 Some 200 residents and tourists joined forces on Sunday to collect the garbage that has swept into Khlong Tha Chin tambon Rassada of Phuket’s Muang district. The volunteers, including local fishermen and members of the Phuket Red Cross Society, took 38 boats to collect over 2 tonnes of garbage floating in the canal, most of which was plastic and pieces of furniture.

This event was held in the hope that coastal communities, fishermen, tourists and other people will become more aware about pollution and cut down on the garbage they throw away.