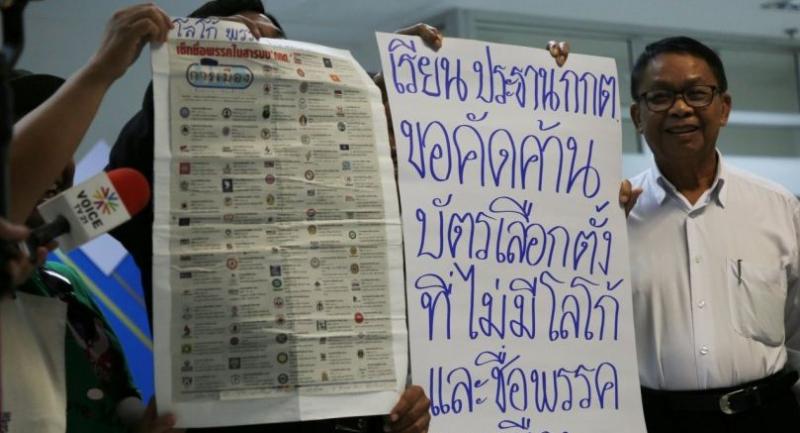 THE JUNTA’S decision to lift the ban on most political activities appears to benefit politicians in the run-up to the general election, but pro-democracy activists continue to languish in jail, fighting long-drawn-out court cases, pro-rights organisations said yesterday.

In a statement on Tuesday, Thai Lawyers for Human Rights (TLHR) said that though Order 22/2018 says that public gathering of more than five people for political purposes is no longer a crime, people accused of this “crime” are still having to fight it out in court.

The National Council for Peace and Order (NCPO)’s Order 22/2018 has lifted the ban on political activities and also unfrozen the bank accounts of some politicians and activists such as Chaturon Chaisang and Sombat Boonngamanong. These bans, imposed since the 2014 coup, have been a major obstacle to political rights and freedom in Thailand.

Hundreds of pro-democracy activists, accused of violating the ban by holding peaceful gatherings against the regime, have been fighting for justice in both civilian and military courts. Though the NCPO order lifts the ban on gatherings, it still states that any ongoing criminal cases related to the ban will not be affected.

The order goes against the nullum crimen nulla poena sine lege or “no crime no punishment” principle as endorsed by the Criminal Code, TLHR pointed out. Once a crime is nullified, charges should be dropped and those serving the penalty should be discharged, it said.

TLHR also pointed out that despite the lifting of sanctions, the junta still authorises detention and prosecution. Absolute power under Article 44 and other tools of intimidation, such as the sedition law under Article 116 of the Criminal Code, are still in place, it said.

The group, established after the 2014 coup to provide legal assistance to those charged by the junta, concluded that NCPO’s Order 22/2018 has not really lifted the restriction on rights and freedom.

Meanwhile, another rights group iLaw also published an article yesterday, pointing out that the NCPO and other agencies still enjoyed a tight grip on the freedom of expression.

The NCPO can still restrict public opinion and electoral campaigns, it said. For instance, the organic law governing MP election still bars campaigns from being televised or covered online unless allowed by the Election Commission.

Like THLR, iLaw agreed that the abuse of the Criminal Code’s Article 116 was prevalent. Those against the ruling regime are often charged with sedition, which is punishable by up to seven years in jail.

The same applies to the Computer Crimes Act, iLaw said. This law, originally designed to prevent online scams, is now being applied to junta critics, who often find themselves accused of “entering false information” if they happen to criticise the NCPO, iLaw said.

New York-based Human Rights Watch (HRW) yesterday also released a statement decrying the limitation of rights in Thailand and called on the NCPO to immediately lift restrictions on free expression so credible national elections can be held on February 24.

The junta has maintained military orders restricting free expression and continues authorising detention and prosecution for people who speak up against the junta or the monarchy.

“Thailand can’t hold credible elections when political parties, the media, and voters are gagged by threats of arrest and criminal prosecution,” Brad Adams, HRW Asia director, said. “With polling day just two months away, the junta should immediately lift all legal orders that restrict the right to freedom of expression.”