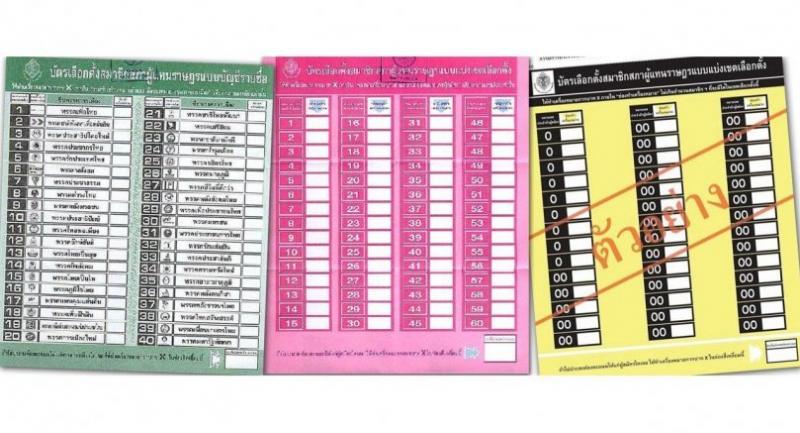 The ballot in the next election will include both the party symbol and the party name, the Election Commission (EC) decided on Monday, despite its earlier concern that the inclusion would cause difficulties in organising the ballot printing.

The potential difficulties relate to each of the 350 consistencies having different details. Party candidates in different ridings will not run under the same number.

This make the ballots unique for each of the 350 constituencies, requiring that they be printed separately.

The EC had earlier expressed concern over the difficulties in organising the printing of so many different ballots.. It had been suggested that the ballot include only candidate numbers so the 350 consistencies could use the same sheet.

But the move drew serious flak. Politicians and critics said it would create confusion if the ballot failed to show the party symbol or name under which each candidate is running.

The EC's secretary-general held a press conference on the matter on Tuesday.

Tags:
politics EC gives to public will as ballot to carry party namesymbol