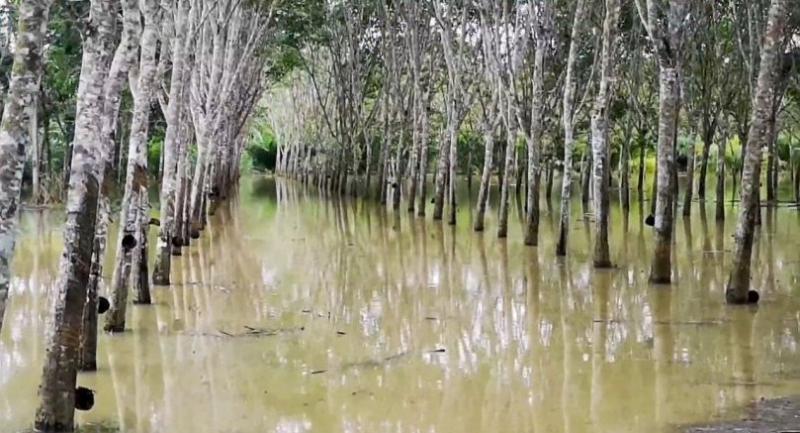 Floodwaters in Trang’s Rassada district decreased on Tuesday after affecting 150 homes in two tambon. All was expected to return to normal in that area in one or two days provided there is no more rainfall, said district chief Anan Phrompianpong as he visited the flood-hit area along with officials to aid the residents.

Run-off from the upstream Thung Song district inundated two tambon in Rassada district – Khlong Pang and Kuan Mao – on recent days. The waters have begun to recede, with depths now down to 20 centimetres to 1 metre in various areas, Anan said.

However Moo 8 village in downstream Kuan Mao district is expected to be inundated. The village is on the banks of the Trang River and serves as a “monkey-cheek” water-retention area during flooding.

Residents there have been alerted to move their belongings and livestock to higher grounds and the district has sent them a flat-bottom boat for transport, said Anan.