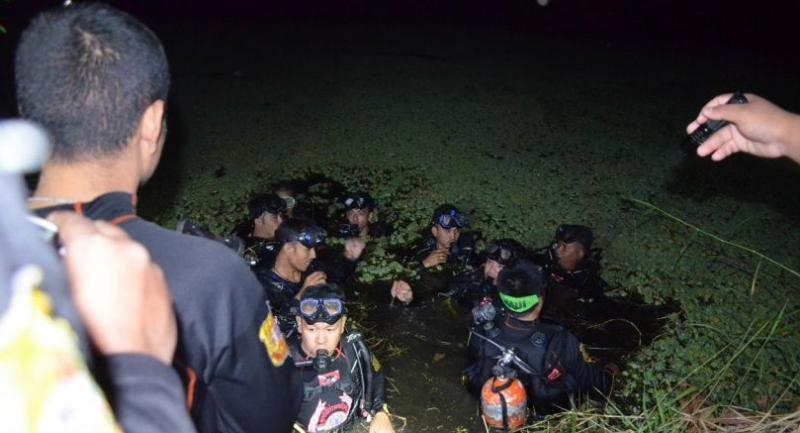 By Wattanapol Matcha
The Nation

Suphan Buri Governor Nimit Wanchaithanawong said on Monday that he suspected a two-year-old Myanmar boy missing since last Monday was likely kidnapped and taken out of the area after a search mission involving 300 people through a 200-rai plantation over the weekend returned empty-handed. The missing boy, Sului Piew, was walking in Suwanwat Moo 9 village in tambon Sa Phang Lan of U-Thong district with his three-year-old sister. She told police that a man took her brother by the hand and led him away.

Nimit, who presided over Monday’s meeting of agencies that took part in the search mission, said officials and volunteers had searched the 200-rai plantation, a 1,000-rai nearby area and also scoured five local ponds. So, it was likely the boy was not in the area anymore. They will scan the area one more time in the afternoon to make sure, he added.

As the boy was said to have been led away by a man, Nimit said police would focus on kidnapping as a motive. “Tomorrow [Tuesday], we’ll move the operation centre from the plantation to the Sa Yai Som Police Station so the precinct superintendent and U-Thong district chief can interview people again in the kidnapping motive probe,” he said.

Meanwhile, the 17th Military Circle’s Lt-Colonel Apinan Saengkhumpai led a team of police and Army officials to search a local house that belonged to a 60-year-old spirit medium known to perform black magic but returned empty-handed. The male spirit medium’s relative told police that the man had died a long while ago and thus had nothing to do with the boy’s disappearance.