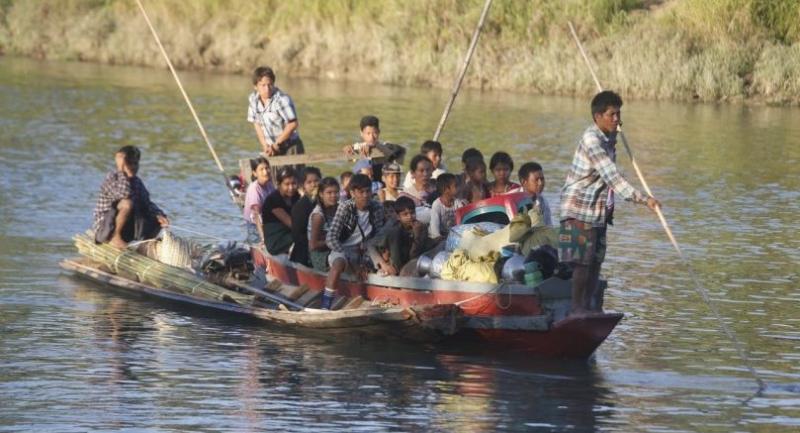 Yangon - Ethnic Rakhine rebels carried out pre-dawn attacks on four police stations near the Bangladesh border, Myanmar's army said Friday, with the militants claiming to have taken 14 "prisoners of war" as operations ramped up.

The western state has seen a surge in violence in recent weeks between the rebels from the Arakan Army (AA) and security forces, displacing thousands.

It has added a new dimension to the violence in a state already scored by deep ethnic and religious enmity, which saw hundreds of thousands of Rohingya Muslims forced over the border by a bloody army crackdown in 2017.

The AA are calling for greater autonomy for the ethnic Rakhine Buddhist population in what is one of the country's poorest states.

"We can confirm that the attack on the four police stations was by the AA," he said, adding that the army immediately sent a support team and that fighting continued into the afternoon.

"We don't have information on casualties."

AFP could not reach the ethnic rebels to confirm the attacks.

But the group said in a Facebook post that it had "detained 14 prisoners of war" while under fire from two army helicopters, without linking the incident to the raid on police stations.

The UN's humanitarian agency said Thursday it was concerned for the estimated 2,500 people currently displaced, many of whom are sheltering in local monasteries.

The AA was sidelined by an unexpected temporary ceasefire declared unilaterally by Myanmar's military two weeks ago.

The army vowed to stop fighting for four months against a number of armed groups in Kachin and Shan states on the other side of the country.

Myanmar's civilian leader Aung San Suu Kyi made the peace process a priority when her party swept to power in landmark 2015 elections.

Some two dozen conflicts continue to fester around the country's border areas, many dating back to independence 70 years ago.

The AA has said the army is using the truce elsewhere to focus efforts on Rakhine. But observers say no major troop redeployments have yet taken place.

The escalation of violence comes amid a series of unclaimed attacks and murders in recent weeks in northern Rakhine.

Unknown assailants murdered a policeman, while two ethnic Rakhine were found with their throats slit, prompting the army to launch localised "clearance operations".