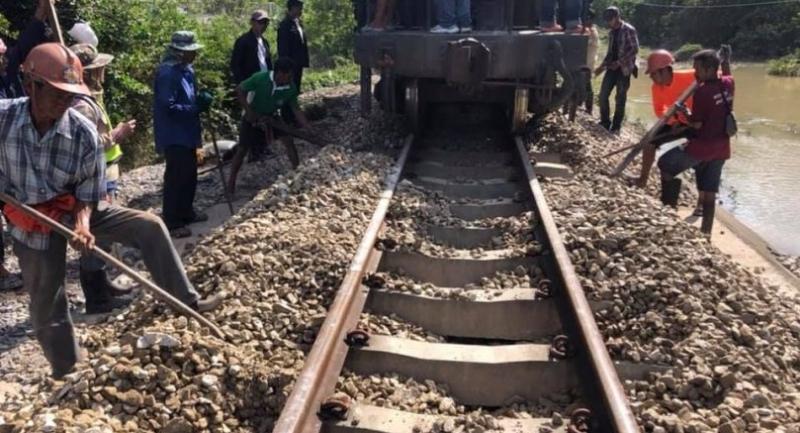 The rail line to the South had been partially flooded and damaged after storm Pabuk unleashed heavy rains in the area.

Workers had already fixed the damaged track at Thung Son junction that leads to Kantan station, and therefore that part of the line could now be used again, Worwaut said.

Officials had yet to check and put more gravel on the track from Thung Song junction to Khao Chum Thong station, but this part of the line would be fully back in use in the afternoon, he added.