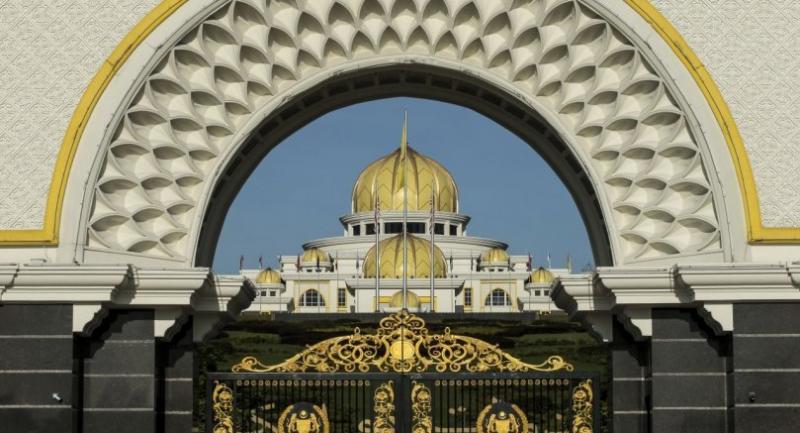 A new Malaysian king will be elected and sworn in this month, royal officials said Monday, after Sultan Muhammad V abdicated in a historic first following his reported marriage to a Russian former beauty queen.

The king stepped aside Sunday following intense speculation about his future after reports surfaced in recent weeks that he had taken medical leave, and then wed the former Miss Moscow.

As the country reacted with shock to the news, Malaysia's Islamic royal families met at the national palace to push ahead with the task of picking a king to take over from Muhammad V, 49, who gave up the throne after just two years.

Keeper of the Ruler's Seal, Syed Danial Syed Ahmad, said after the meeting that a new king and his deputy would be elected on January 24 and installed on January 31.

Swearing in ceremonies for Malaysian kings are lavish affairs, marked by honour guards and Islamic prayers and attended by hundreds of guests in traditional finery.

Muslim-majority Malaysia is a constitutional monarchy, with a unique arrangement where the throne changes hands every five years between rulers of the country's nine states.

The royal households take it in turn to provide the country's king, and it is usually known before the formal election who will become the monarch.

While their role is ceremonial, Malaysia's royalty command great respect, especially from Muslim Malays, and criticising them is strictly forbidden.

But the succession may not be as straightforward this time as the next in line to the throne, Sultan Ahmad Shah of Pahang state, is elderly and reported to be ailing. Royal officials said he did not attend Monday's meeting due to ill health.

After him, the next in line under the rotation system is the sultan of southern Johor state.

Sultan Nazrin Shah of northern Perak state is the acting king, as he is the current deputy and performed Muhammad V's duties after he went on medical leave at the start of November.

Despite mounting speculation in recent days the king might give up the throne, there was still palpable shock across the country at the first abdication of a king since the end of British rule in 1957.

"I am naturally stunned. The (king) is a man of the people," Siti Nur Fahimah Razali, a 25-year-old trader from the king's home state of Kelantan, told the New Straits Times newspaper.

The relatively youthful Muhammad V was known for his relaxed persona and love of off-road driving and other extreme sports.

But there had been growing unease at his reign after reports emerged in foreign media in late November -- several weeks after the king went on leave -- that he had married the Russian, Oksana Voevodina, in a lavish ceremony in Moscow.

Royal officials in Malaysia have not so far commented on the reported wedding, or said what condition prompted him to take medical leave.

But such a marriage is unlikely to sit well with the country's conservative royal households.

Prime Minister Mahathir Mohamad, who had a tense relationship with the royals during his first stint as premier from 1981 to 2003 as he sought to curb their powers, said the government accepted Muhammad V's abdication, official news agency Bernama reported.

The leader said he hoped that a new king would be elected soon while insisting the government would not "interfere in this matter", it said.