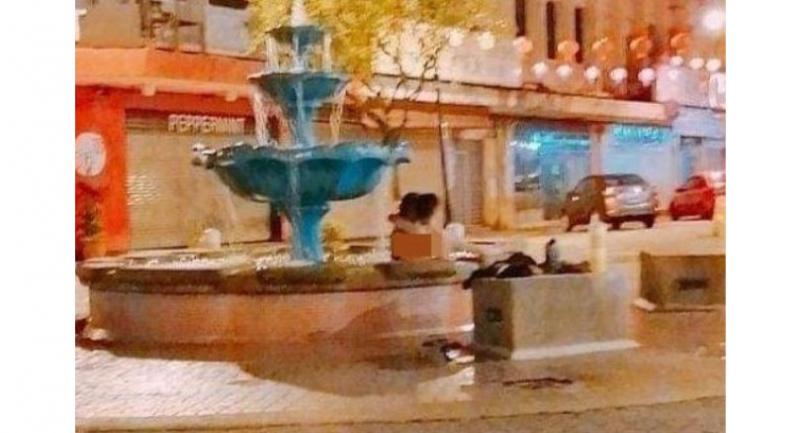 KOTA KINABALU: A picture of a couple apparently skinny-dipping at a fountain in the city’s popular Gaya Street has gone viral on social media.

The couple, believed to be tourists, were seen topless and hugging each other in a fountain in a roundabout along the street in the central business district.

However, it is not known when the picture was taken, although it is widely believed to have been sometime around midnight when most businesses in the area had closed.

The clothes of the couple were placed on a bench near the fountain as they frolicked in the water.

Kota Kinabalu City Hall has yet to comment on the incident.

A City Hall official said they had yet to receive any complaints on the photograph of the couple inside the fountain amid claims on social media that it could have been edited.

However, it is learnt that an investigation is underway after the picture went viral among WhatsApp users late on Tuesday to ascertain if the incident did indeed take place and who the people were.

Steps would be taken to step up enforcement at the fountain as many have continue to ignore warnings not to enter the pool for whatever reason.

It is not the first time people, mainly tourists but also young children, took dips in the fountain. However, this would probably be the first time that they have done it topless.