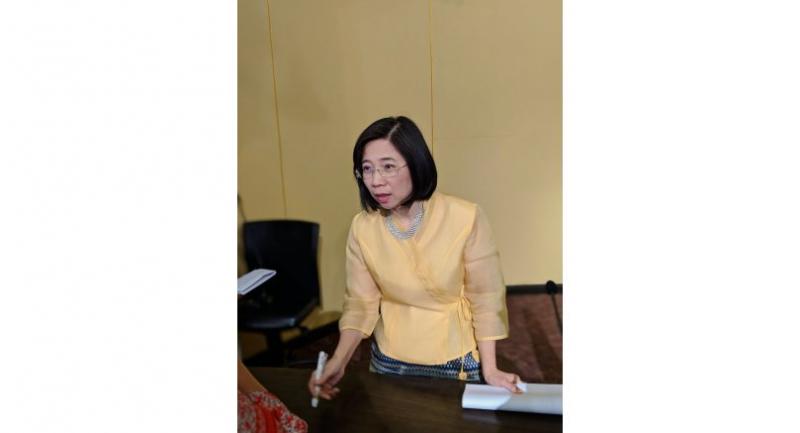 Thailand Board of Investment (BoI) has developed two strategies to attract investment, including the development of the Kingdom's rail system and the construction of a tourist port for cruise tourism.

“Prime Minister Prayut Chan-o-cha stated that he wants the BoI to support both foreign and domestic investment into the country’s rail system,” BoI secretary-general, Duangjai Asawachintachit, said at a press conference after a BoI meeting with the Prime Minister.

Under the BoI investment package, business projects concerning the rail system and related sectors that apply for BoI promotions by December, 2021, will receive a tax reduction of 50 per cent for three to five years, she said.

Projects that are located in the northeastern region of Thailand such as Korat and Khonkaen province and surrounding areas, will receive the tax reduction for five years, she said.

Duangjai also said that the BoI is looking to encourage investment in the construction of Thailand’s own train assembly factory as it will help reduce the burden on the country’s imports.

“Research suggests that in order to make the construction of a train factory financially sound, there needs to be sufficient demand in the country and the factory will have to assemble at least 300 trains per year,” she said.

“Seeing that the demand for rail transport is projected to increase significantly throughout all regions in the country, the BoI is looking to support the construction of a train assembly factory.”

There are currently 3,600 trains in the Kingdom, including double and single track trains, mass transit trains in Bangkok and high-speed trains. To meet rising demands, Thailand will need to have up to 10,000 trains in the next 20 years, Duangjai said.

Foreign investors are interested in our rail system, she said. Recently, the Prime Minister met with the various German investors in the rail sector during his visit to Germany, Duangjai said.

The second BoI initiative to attract investment is through the tourism industry.

“Another initiative which the BoI will be looking at in 2019 is the potential to introduce cruise tourism businesses into the country,” she said.

“In order to develop cruise tourism, we will first have to invest in constructing a tourist port which will welcome tourist cruises.

“Cruise tourism is a promising industry for Thailand as it brings in high-quality tourists that come in large volume.

“We have set a criteria for projects to invest in the construction of a tourist port to have a value of at least Bt100 million,” she said.