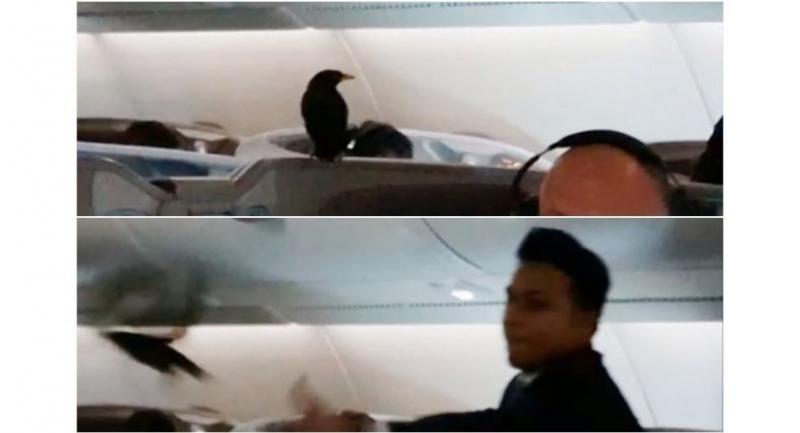 In a Facebook video, the mynah is seen perched on top of a passenger's headrest. An air steward makes a grab for the bird, but it evades capture.//Photos : Screengrab from Facebook

SINGAPORE - A Singapore Airlines (SIA) flight headed to London's Heathrow Airport found it had an unintended passenger - a mynah.

Business-class passengers found themselves greeted by the avian stowaway about 12 hours into the flight. A typical Singapore-London flight takes about 14 hours.

In a statement on Sunday (Jan 13), an SIA spokesman confirmed that a bird was found on flight SQ322 last Monday (Jan 7).

"It was subsequently caught by cabin crew with the assistance of some of the passengers on board," said the spokesman.

In a video posted on Facebook, the mynah can be seen perched, seemingly unfazed, on top of an unsuspecting passenger's headrest.

An air steward is seen making a grab for the bird but it evades capture.

SIA said the bird was handed over to animal quarantine authorities once the aircraft touched down in London. The airline did not provide more information on how the bird got into the aircraft.