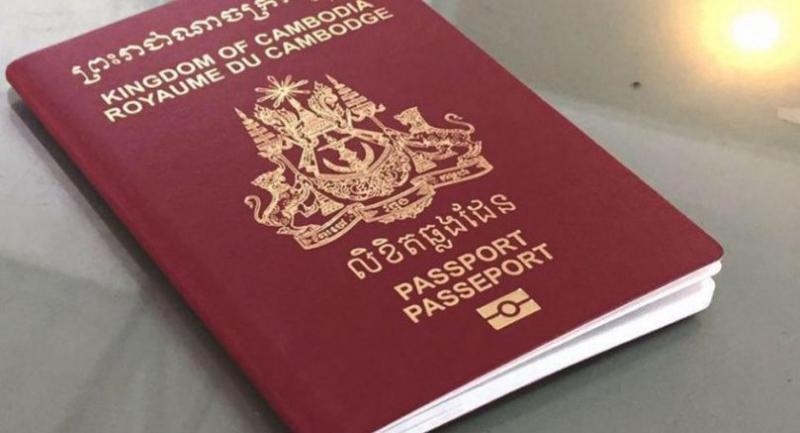 The Ministry of Foreign Affairs and International Cooperation will move to annul diplomatic passports issued to those not born in Cambodia.

Analysts say the move may be in relation to reports that former Thai prime minister Yingluck Shinawatra used a Cambodian passport to register as a company director in Hong Kong.

The government last week released a letter of instruction on the provision of diplomatic passports to foreigners appointed as advisers and assistants to the political elite and government institutions.

The two-page instruction released on Wednesday by Prime Minister Hun Sen, which The Post received on Saturday, says some foreigners appointed as advisers and assistants to high-ranking officials and institutions had become naturalised Cambodians and applied for diplomatic passports.

The letter of instruction says in order to prevent such passports being used incorrectly as stated in a 2008 sub-decree, the government instructs that Cambodian diplomatic passports must not be issued to those who are not Cambodia-born unless it is a “most necessary case”.

“All ministries and institutions have the duty to collect the diplomatic passports that they applied for their advisers and assistants who are not Cambodian by birth, and hand the passports over to the Ministry of Foreign Affairs and International Cooperation no later than a month from the date of this instruction,” said the letter, which was signed by Prime Minister Hun Sen.

“The Ministry of Foreign Affairs has the duty to check and annul diplomatic passports already issued for individuals who are not Cambodian by birth,” the letter states.

It also orders the Ministry of Interior to prevent the use of such passports to enter and depart Cambodia.

Ministry of Foreign Affairs spokesman Ket Sophann told The Post on Sunday that his ministry had requested Prime Minister Hun Sen to issue the instruction.

“We requested that the Ministry of Interior and relevant ministries collect diplomatic passports for advisers who are not Cambodian by birth and bring them to the Ministry of Foreign Affairs in one month,” he said, declining to comment on what action will be taken should foreigners still use such passports.

The government denied last week that a Cambodian passport had ever been issued to her.

Asked if the instruction was linked to the Yingluck reports, Sophann said the article by the South China Morning Post was similar to an Asia Times report about a Chinese naval base in Koh Kong province.

“I can just say that [the foreign media] publishes news with an agenda like what had been done by Asia Times, and now it is the South China Morning Post,” he said.

Hong Kong-based online news portal Asia Times in November published a report citing unnamed diplomatic sources as claiming that a Chinese naval base was being built in Koh Kong province.

“However, we will be enforcing [the instruction] from Prime Minister Hun Sen,” he said.

Kin Phea, the director-general of the International Relations Institute at the Royal Academy of Cambodia, said the instruction may be linked to the reports about Yingluck or other cases involving diplomatic passports.

However, he said that Cambodia denied the media reports and no action would be necessary if Thailand did not request cooperation in the Yingluck case.

“It is not necessary for the ministry to investigate. If the media reports something and we investigate [all of them], how busy will the ministry be with reports which are baseless?"

“So I think the denial from the ministry was enough. There is no need for an investigation if it doesn’t harm relations between Cambodia and Thailand,” he said.

Yingluck was sentenced to five years in prison in 2017 for mishandling a rice subsidy scheme which reportedly cost Thailand at least $8 billion. She was ousted from office in 2014 by the Thai military.

Some media reports said she might have used a Cambodian passport to flee Thailand, something Cambodian officials have strongly denied.