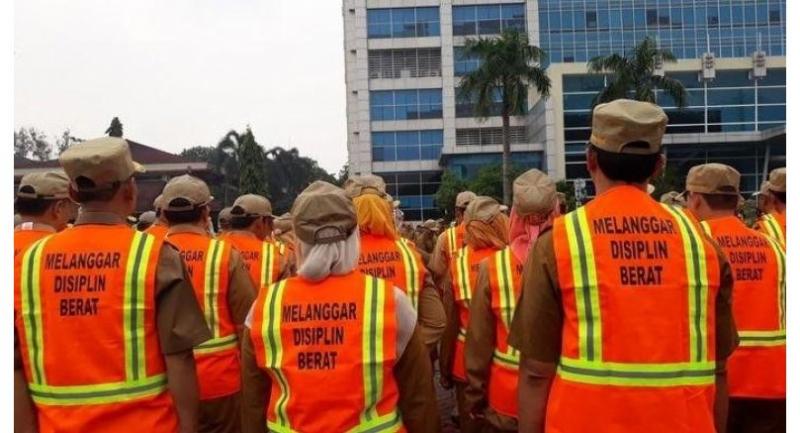 About 200 Bekasi public servants in West Java wore neon-green and orange vests during morning roll call on Monday as a form of punishment for committing various violations.

“I provided 200 vests but we needed more because up to 500 [public servants] had to be punished,” Bekasi Mayor Rahmat Effendi said on Monday as quoted by tribunnews.com.

The public servants who wore green vests bearing the words “I lack discipline” on the back were being reprimanded for disciplinary infractions, while those who had committed gross violations wore orange vests with the phrase “Major disciplinary violation”.

However, some of the agency leaders wearing vests that morning were representing their subordinates who failed to attend the roll call, Rahmat said.

The green vests were given to those who were absent during the subuh keliling(early-morning walk) program, which is mandatory for some employees. Civil servants who missed three morning roll calls in a row were also punished and made to wear orange vests.

“Obey the rules. Good leaders show and guide [their subordinates] to obey the rules because it [obedience] is directly related to the agency’s performance in serving society,” Rahmat said.

He further called on all public servants to remain disciplined and uphold their responsibilities.