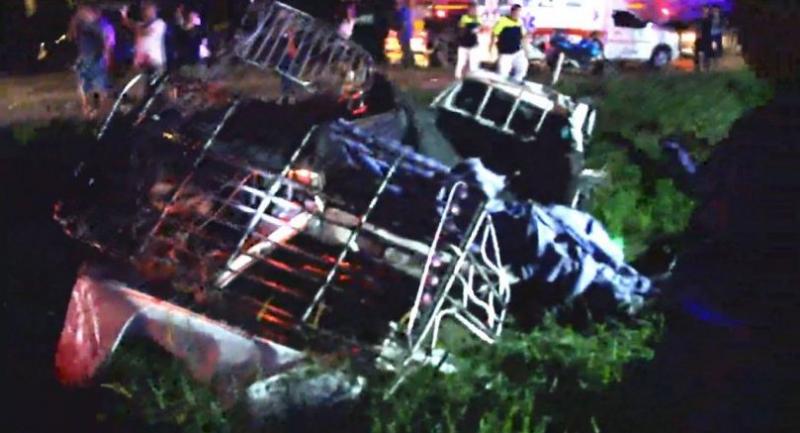 Four Myanmar workers were killed and 12 others injured when a pickup truck transporting them overturned on a road in Chumphon province on Tuesday night.

The pickup fell into the ditch in the middle of the road and flipped over.

Of the 12 injured, six were in critical condition.

The pickup driver, Poramet Kongwan, who was slightly injured, told police he did not know how the accident had happened. He claimed he was not speeding and was not sleepy but he lost control of the pickup before it fell into the ditch.

He said he was transporting the workers from Chumphon’s Tha Sae district to Surat Thani province.

But witnesses told police they had seen the pickup racing against a six-wheel truck before the accident occurred.