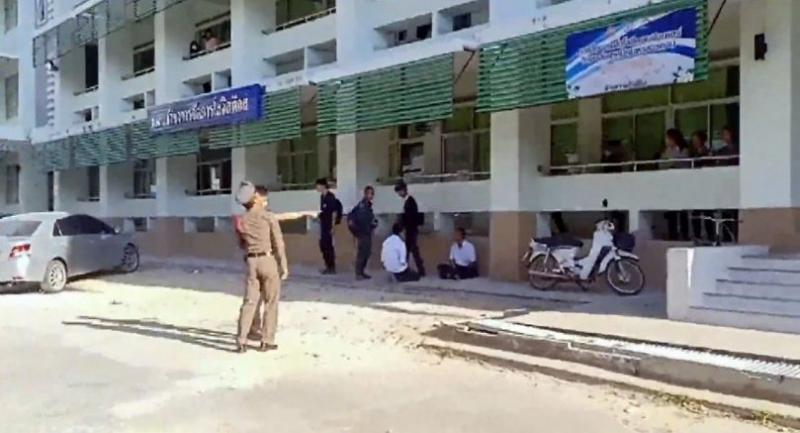 A 17-year-old student was in critical condition on Wednesday after falling from the fourth floor of her school building in Mahasarakham’s Muang district in what is believed to be a suicide attempt. The name of the girl and her school have been withheld.

Some students at ground level outside the building saw the girl standing on the balcony on the fourth floor, crying and speaking on her mobile phone before the morning classes started. The students alerted a teacher on the third floor but the teacher could not reach her in time before she leapt.

The girl was rushed to Mahasarakham Hospital and was described as being in critical condition.

Pol Lt-Colonel Suparpchon Tuayma, an officer at Muang Mahasarakham police station, said the girl appeared to have a family issue. Her parents had died and she was adopted by her relatives.