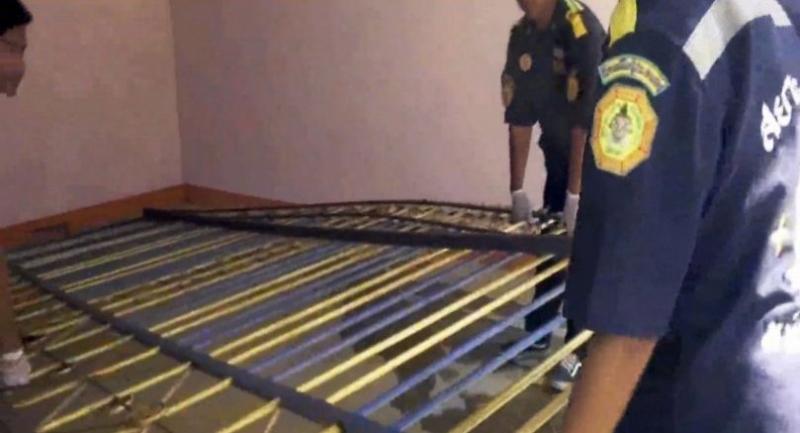 The elderly owner of a resort in Buri Ram’s Nang Rong district was found crushed by a sliding iron gate at the rear of the property on Monday morning, and later died from her injuries in hospital. Wanna Wassumongkolpoj, 62, was found lying under the heavy gate by local villagers who happened to be passing by, police said.

The villagers alerted a local rescue foundation to rush her to Nang Rong Hospital, but she was unable to be saved.

No one knew how long she had been under the iron gate.

Her sister, Pranee Kongpolparn, 63, said the gate had not been opened for months, since the rainy season when the area had been flooded.

The gate’s slide rail was slipping out of place, which might have caused it to fall down, she added.

Pranee said Wanna stayed alone at the resort and had had no guests since the floods.