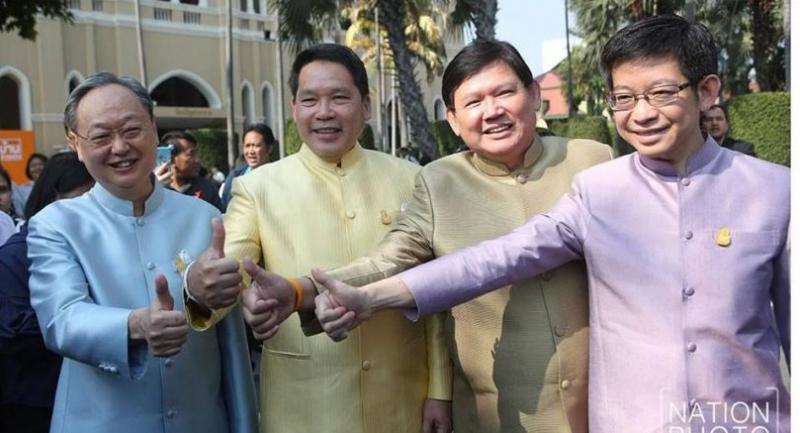 After weeks of criticism, the four sitting ministers who are also executives of pro-junta party Phalang Pracharat submitted their written resignations to the prime minister on Tuesday.

The resignations come into effect on Wednesday.

The first three ministers are in the government’s economic team under Deputy Prime Minister Somkid Jatusripitak.

Utama, currently leader of Phalang Pracharat, said that the four met with Prime Minister Prayut Chan-o-cha on Tuesday morning to notify him of their decision. The PM wished them luck and told them to put national interest above everything else, he said.

Despite speculation, they had yet to approach the PM to become the pro-junta's PM candidate, he added.

They denied having left their positions because of criticism from political parties, saying it was due to political ideology.