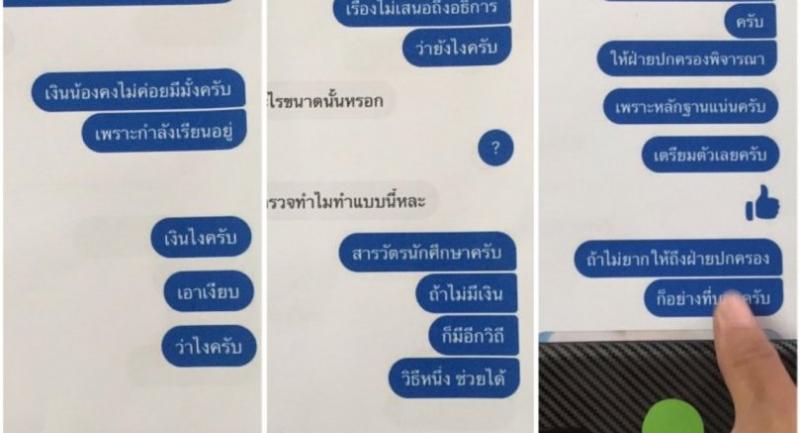 The owner of a truck transport company in Chiang Mai was arrested on Tuesday after allegedly trying to coerce a university student to have sex with him in return or not posting nude photos of her on Facebook.

Pol Col Pongpipat Nanthawisut, deputy inspector of Mae Jo police, said Bancha Tayama, whose truck business is based in Mae Hod district, was arrested in a sting operation after threatening the student with the release of intimate photos unless she went to meet and have sex with him.

The student contacted police on Sunday and agreed to meet the man, but instead police were waiting for Bancha when he arrived at the agreed-upon location.

The victim alleged that Bancha sent her the photos privately via Facebook Messenger and initially demanded Bt200,000. When she replied that she didn’t have that much money, he asked for sex instead.

Police claim Bancha admitted to finding the photos in a closed Facebook group and tracked down the student’s identity.

Police suspect the student’s ex-boyfriend posted the photos of her in the group and plan to summon him for questioning.