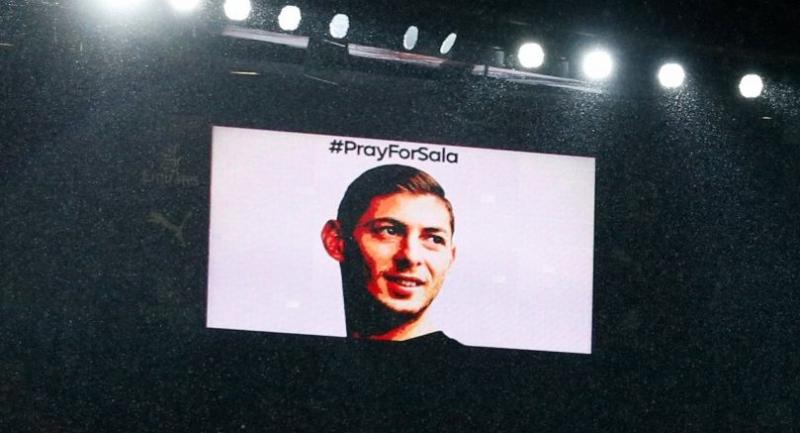 The big screen shows the face of Cardiff City's missing Argentinian player Emiliano Sala during a moments silence in his honour ahead of EPL football match between Arsenal and Cardiff City at the Emirates Stadium on January 29.//AFP

London - British investigators said on Wednesday it was "likely" that two seat cushions that washed up on the French shore this week were from the missing plane carrying footballer Emiliano Sala.

Britain's Air Accidents Investigation Branch (AAIB), which is probing the disappearance of the light aircraft over the Channel on January 21, said the cushions were discovered on the Normandy coastline on Monday.

"From a preliminary examination we have concluded that it is likely that the cushions are from the missing aircraft," it said in a statement.

The plane transporting Sala -- who had just been transferred from French team Nantes to Premier League club Cardiff City in a 17-million-euro ($19.3-million) move -- and British pilot Dave Ibbotson vanished from radar around 20 kilometres (12 miles) north of the Channel island of Guernsey.

Police there suspended the official search for the aircraft last Thursday after an intensive hunt involving planes and boats failed to locate it.

The AAIB said with the help of Britain's Ministry of Defence it had now commissioned a "specialist survey vessel" equipped with sonar equipment to search the seabed for the plane.

"If the wreckage is found, a remotely operated vehicle will be used to visually examine the wreckage," it added.

The agency said due to weather and sea conditions, it expected to start the three-day underwater search at the end of the weekend.

The AAIB said it had now identified a priority search area of approximately four square nautical miles "based on a detailed assessment of the flight path and last known radar position".

It said it was in contact with David Mearns, a shipwreck hunter hired by Sala's family, who announced on Monday his Bluewater Recoveries firm was planning to begin an underwater search on Sunday.

"We are liaising closely with those involved to maximise the chance of locating any wreckage and ensure a safe search operation," the AAIB said.