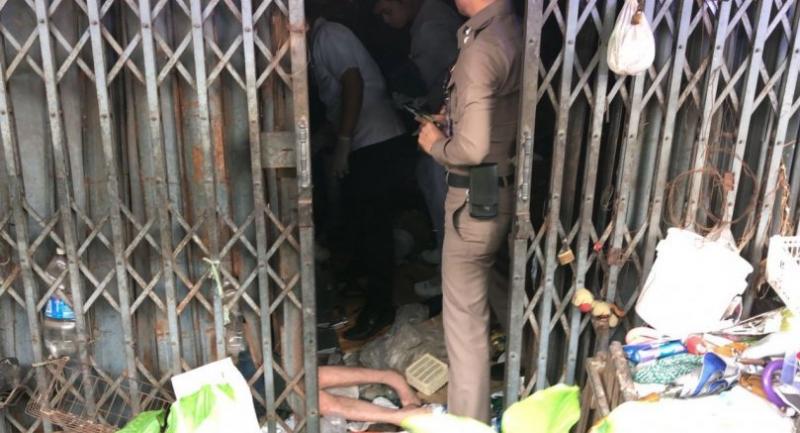 Police on Sunday came to the rescue of an ailing, bed-ridden Thai man in his 30s at a roadside shophouse in Bangkok’s Lat Phrao istrict after a citizen alerted the Pavena Foundation for Women and Children on Saturday that the man had called for help from passers-by.

The man’s neighbours denied that the ailing man was being detained against his will or had been abandoned. They said his 60-year-old mother has been taking care of him for the past 30 years. Chokchai precinct superintendent Supol Khamchu and foundation head Paveena Hongsakul went to inspect the house at 11.30am where the man was found lying half-naked on a floor full of garbage. They took him to Yanhee Hospital along with his accompanying mother.

Supol said that police would check if it were a case of illegal detention. The Lat Phrao District Office would later also inspect the causes of the house’s poor hygiene, which may lead to a police complaint over violation of sanitary regulations, while the hospital would determine what ailments the man had.