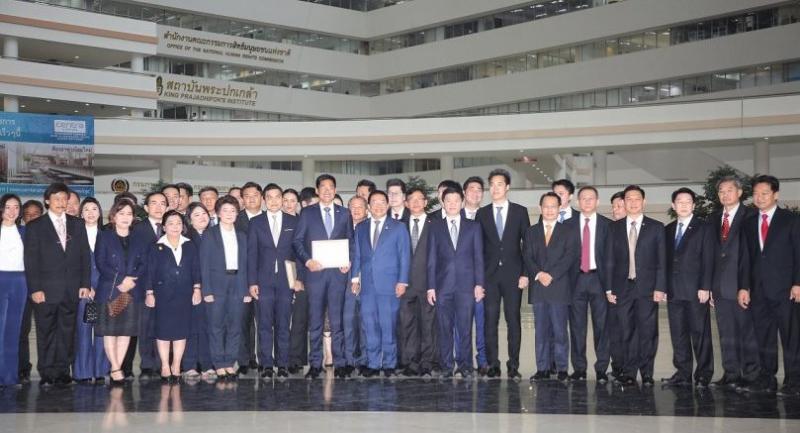 Thai Raksa Chart leader and executives pose for photos after they submitted the party's list of prime minister candidate at the Election Commission head office on Friday.

The party said that it accepted the King's command with full loyalty to the King and all members of the Royal Family.

The statement said the party appreciated the Princess's kindness to the party.

"The Thai Raksa Chart will carry out its duty in accordance with the regulations of the Election Commission, the election law and the Constitution with respect to the tradition related to the monarchy. And it is ready to implement its policies to bring about developments and prosperity to Thailand with respect to decisions of the people in accordance with the democratic system with the King serving as the head of the state," the statement concluded.