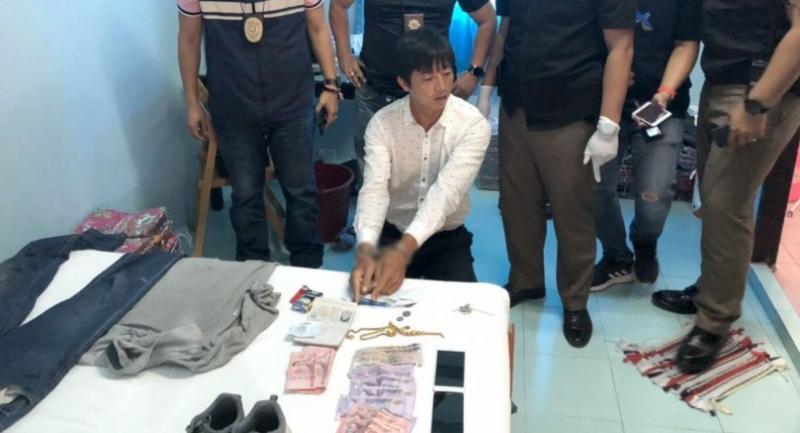 A Chinese man was arrested on Koh Samui in Surat Thani on Tuesday, a day after he allegedly strangled a Bangkok condo owner.

The suspect was identified as Wu Zhuoming, 29, who comes from Guangdong, in Guangzhou province, southern China. Bang Khen police in Bangkok were told of the death of Wu’s victim, Araya Supsawan, 69, at 1.30am on Tuesday.

Police checked and found that Araya took Wu to view her condo on Monday afternoon. Wu was seen on CCTV footage taking a nylon rope and plastic bag into the room, before finally leaving at 3pm.

Surachate said the suspect took a bus from the Southern Bus Terminal to Surat Thani, from where he caught a ferry to Samui.