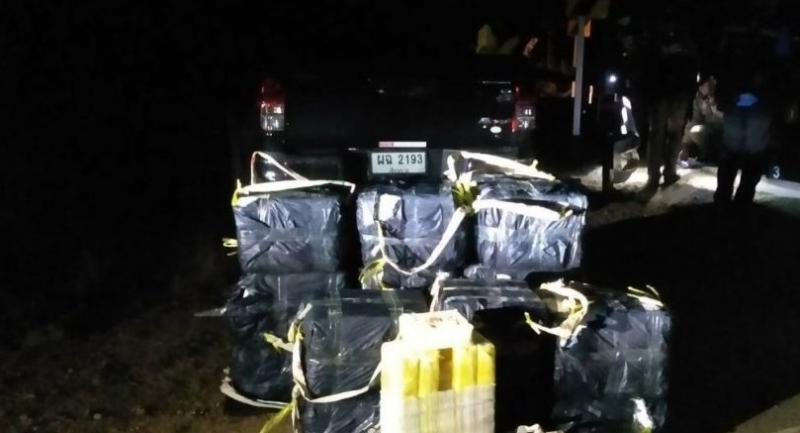 The gunfight between Chiang Rai's narcotics suppression police and the suspected took place at 1.30am on the main road in Moo 4 village in Tambon Pa Sang in Chiang Rai's Mae Chan district.

Acting on a tip-off that couriers would smuggle meth from Myanmar's border into Chiang Rai, police staked out the location until they saw two pickup trucks approaching.

When they signalled for the pickups to stop, the driver in the front vehicle opened fire at them, prompting police to return fire.

Police later found Akor dead in the driver's seat of the pickup with a sawn-off shotgun near his body.

The other pickup truck fled the scene during the gunfight.

Police found the drugs in 25 bags at the back of the pickup. The number of meth pills was estimated at 5 million.