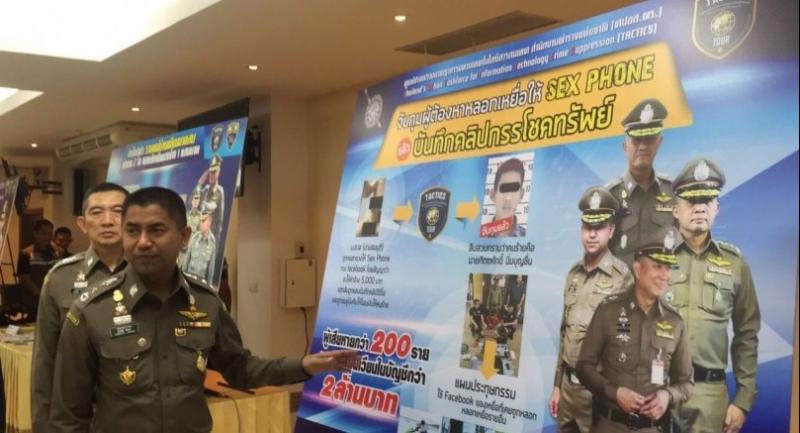 A man in Phitsanulok province was arrested on Monday for allegedly luring some 200 women to videotape sex on phones and later extorting money from them.

But Kittisak recorded the clips and used the videos to extort money from the victims, or give him the user names and passwords of their Facebook accounts, which he later used to deceive other victims.

Surachate said Kittisak was arrested while allegedly using a computer of his neighbour to deceive a victim.

The police chief said Kittisak laundered the money he got via an online gambling account.

Police found that he had clips of some 200 women, who were apparently his victims.