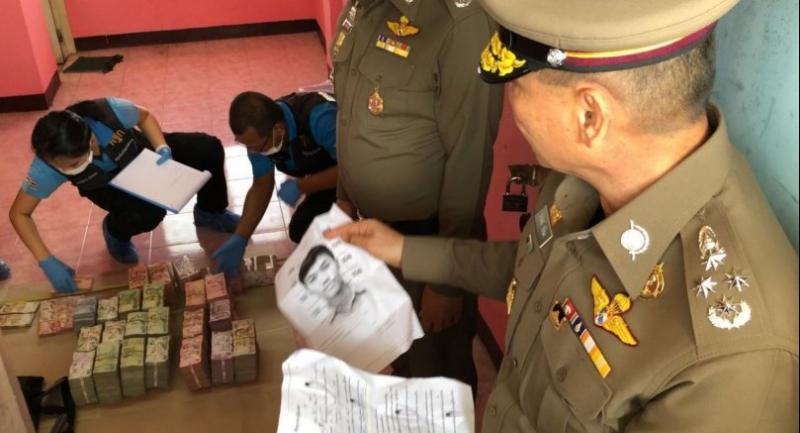 Police arrested a 19-year-old man on Thursday who allegedly robbed Bt7.27 million from a money truck in Bangkok on Saturday, while his accomplice is still at large. Chakthip said the suspects apparently planned the robbery well as they took just 10 seconds to grab the cash from the money truck and fled on their motorcycle. The two robbers arrived on their motorcycle when the driver of the money truck and his helper came out of the shopping mall with Bt7.27 million cash in a bag, Chakthip said. They were carrying the cash from a Siam Commercial Bank branch and were about to load it into the truck when the two robbers struck. Jirayus admitted to police that he and Thakdanai planned the robbery by checking the routine of the money truck two days in advance. They found the truck always came around 6pm to 8pm to collect money from banks inside the mall.

Chakthip said Jirayus led police to a rented room that Thakdanai had rented on Monday. Police recovered Bt3.6 million in cash from the room but police did not find the gun used in the robbery.