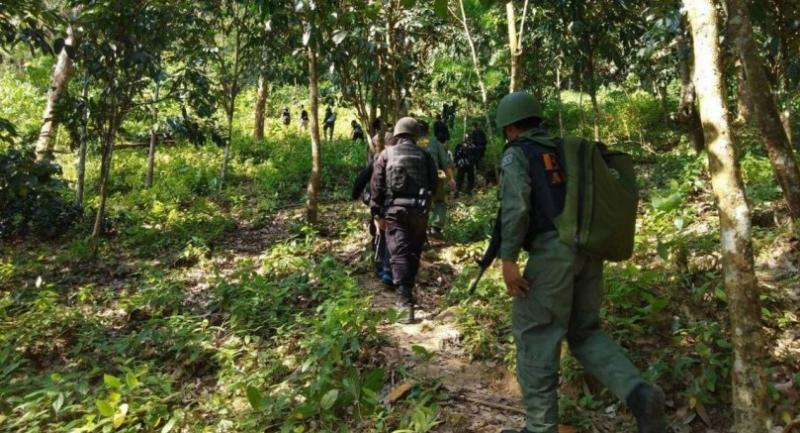 Paramilitary rangers clashed with suspected insurgents in Narathiwat on Sunday morning but the 30-minute gunfight ended with no reported injuries. Isma-ae Manuh, a leading operative in the Malay Muslim insurgency, was believed to be in charge of the militants who exchanged fire with rangers in Dusongyor in Chanae district, a source with the 46th Rangers Regiment in Narathiwat said. Two tents, pistols and survival kits were collected from the insurgents’ temporary hillside base after the 7.30am clash.

It occurred 10 kilometres from the site of Saturday morning’s gunfight on a mountain in Ban la Loh (Moo 5) in Rusoh district, in which one insurgent, Mahama Bula, was killed. Rangers seized guns, bomb components and survival items at that camp and began hunting for the militants, several of whom were believed wounded, finally tracking them to Jeu Kor (Moo 7) in Dusongyor.

As of publication time, the hunt was continuing.