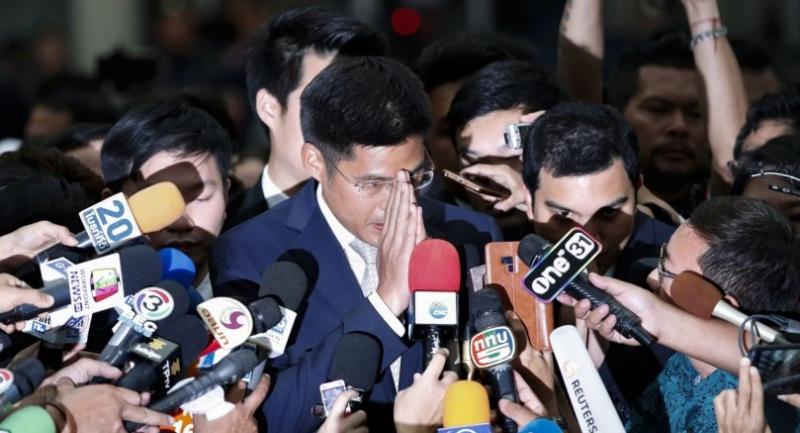 Thai Raksa Chart Party leader Preechapol Pongpanich (C) performs a traditional Thai greeting to journalists during an interview after the Constitutional Court ordered the dissolution of the party. // EPA-EFE PHOTO

The Constitutional Court on Thursday ordered the dissolution of Thai Raksa Chart Party for naming a member of the Royal Family, Princess Ubolratana, as its prime ministerial candidate, because it said, this action undermined Thailand’s constitutional monarchy.

The court also banned all 14 members of the party’s executive board from politics for 10 years, ruling that they will not be allowed to play any part in forming a new party during this period.

Despite relinquishing her royal status in 1972, Princess Ubolratana – the older sister of His Majesty the King – continues working as a member of the Royal Family, attending royal ceremonies as well as representing the monarchy. Hence, the court said, the princess is an insuperable part of the institution.

Submitting her name as a candidate for the premier’s post undermines the “above politics” status of the monarchy, the court said.

The court added that the party has committed an act that could be seen as damaging to the crown.