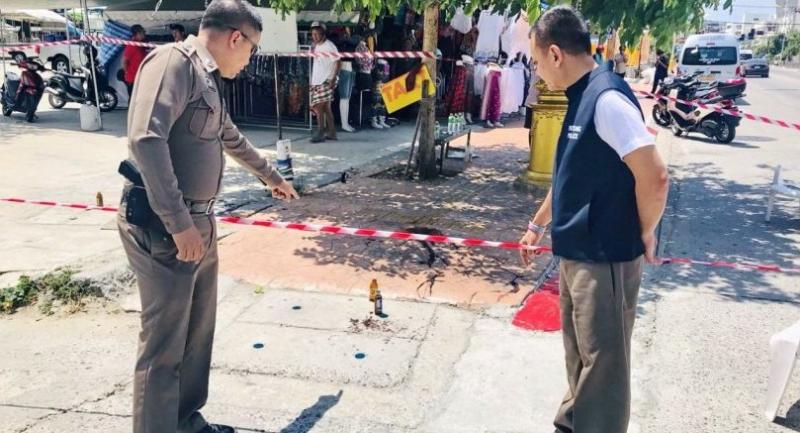 A taxi driver was shot and killed in Patong on Thursday morning, apparently by a competitor over an ongoing dispute at a taxi rank they worked at together on Phra Metta Road near the beach.

The incident occurred at a makeshift taxi stand between the Marina and the Three by APK Hotel, heading south on Sai Kor Road.

The suspect is 48-year-old Paradorn Puchaiyan. He is currently still at large. The 46-year-old Songpon Suwansa-ard was taken to the Patong Hospital where he was pronounced dead on arrival. Emergency responders had tried to revive him at the scene.

Witnesses say the two men had been arguing for a “long time”. The two had reportedly worked at the same taxi stand for many years and knew each other well.

Witnesses said that after an argument and feeling unable fight Songpon, Paradorn went home and returned with a gun. He allegedly fired three to four shots into Songpon at close range. Tourists apparently witnessed the incident.