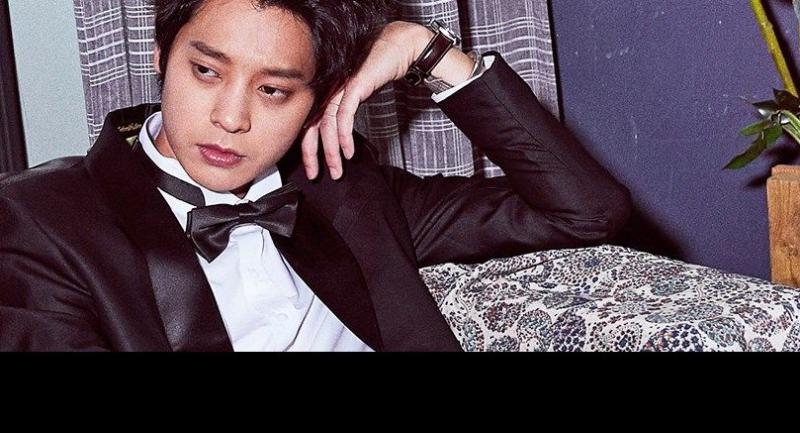 Singer Jung Joon-young on Wednesday admitted to having secretly filmed sex videos of women he slept with and sharing them with fellow entertainers, vowing to halt all activities in show business.

"I admit to all of my sins," the 30-year-old K-pop star said in a statement. "I filmed women without their consent, shared the videos in a SNS group chat and did such behavior without feeling any sense of guilt."

He then apologized to the victims of his wrongdoings.

"Most of all, I kneel down to apologize to the women who appear in the videos and all those who might be disappointed and upset at this shocking incident," Jung said.

He said he will pull himself out from all TV shows where he has appeared, halt all activities in the entertainment scene and "put everything down" as a public figure.

"I'll repent for my unethical and unlawful behaviors, which constitute criminal acts, for the rest of my life."

The singer-songwriter and TV celebrity, best known for his part in KBS' variety show "2 Days & 1 Night," is under a police probe over suspicions that he uploaded his own sex videos in a KakaoTalk group chat. Fellow entertainers, including popular boy band BIGBANG's member Seungri, were members of the chat.

On Tuesday night, Jung hurriedly returned home from Los Angeles where he was filming the third season of a tvN variety show as the issue sparked large public outrage.

The police said Jung is believed to have recorded the videos between 2015 and 2016 without the consent of the women he slept with, doing so with at least 10 women.

The allegations come amid a widening police probe into Seungri, who's accused of providing escort services to his potential business partners for lobbying. Seungri said Monday he was retiring from the entertainment industry.

"I'll sincerely cooperate with the police investigation that will begin on Thursday morning and receive due punishment for what I have done," he said in a statement.

Jung and Seungri are scheduled to appear before the police on Thursday to be questioned over their charges.

This would be Seungri's second appearance before the police in connection with his charges of brokering prostitution for investors but the first time as a criminal suspect.

Meanwhile, star agencies whose artists' names have been mentioned in online rumors about Jung Joon-young's videos warned of legal measures against those who spread "false rumors."

SM Entertainment was quick to release a statement on Tuesday when a member of its top boy group, EXO, was mentioned as a possible member of the group chat where the sex videos were shared.

"It is a groundless rumor," the agency said. "We'll take all legal measures against those who are found to have committed unlawful acts (of writing, uploading and spreading the rumors) without any mercy," it said.

JYP Entertainment also instantly denied rumors that a member of its girl group, TWICE, is possibly one of the women in the videos. "We'll take all possible legal measures against those who first uploaded the rumors and spread them," it said. They were followed by talent agencies of actresses Jung Yu-mi and Lee Chung-ah releasing similar statements to deny rumors on Wednesday.