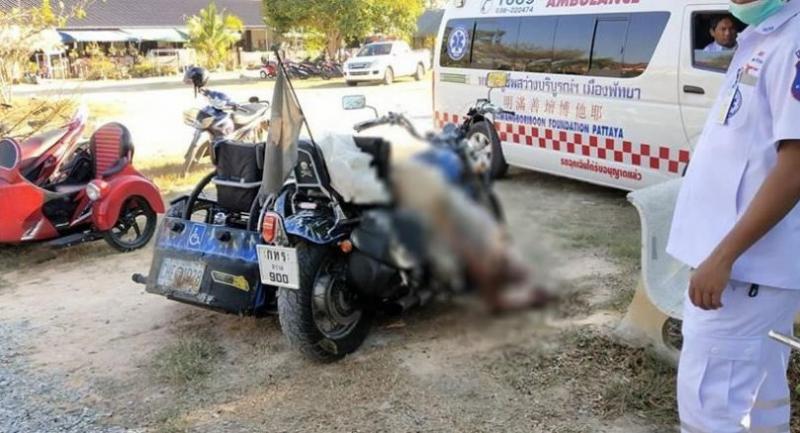 Police are investigating after the body of a European man was found slumped on a motorcycle in Pattaya yesterday. Witnesses notified Pattaya police of the grisly scene outside Boonnakanjanaram Temple in Banglamung.

Police and rescue workers arrived to find the body of a man aged between 50 and 55 years old, topless and slumped off the side of the blue chopper. The bike had been converted with a sidecar attachment which carried a wheelchair. The man was identified as a Finnish national, though no further details were given by police at time of press.

His body was taken to Banglamung Hospital for investigation of the cause of death.