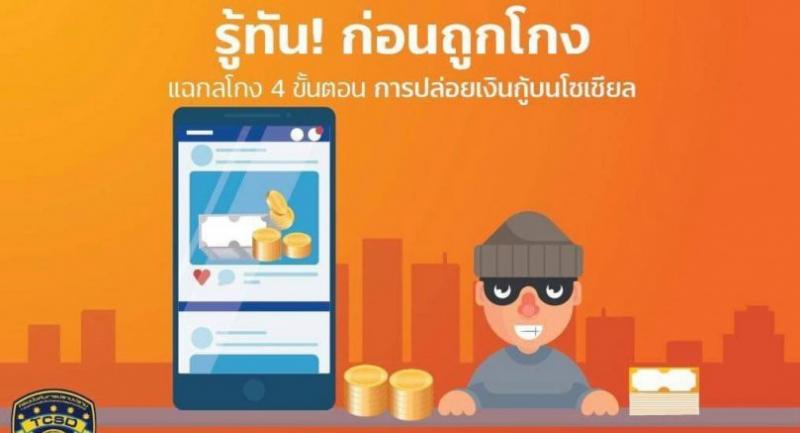 The Technology Crime Suppression Division on Thursday warned people against transmitting fees to those who offered loans via Facebook, saying a lot of people have fallen prey to scams.

TCSD deputy chief Pol Col Siriwat Deepor said several conmen have opened Facebook pages to offer loans online but their victims ended up losing 10 per cent of the amount they wanted to borrow.

Siriwat said the conmen used Facebook Messenger to talk to those who visited the pages to seek loans and asked them to scan and send photos of their ID card and bankbooks, and would an hour later inform them that the loan applications had been approved.

Siriwat said they deceived they used fake approval documents that were made to look real with QR codes and barcodes. Victims were then asked to transfer 10 per cent of the loan amount to gangs before their loan was wired to them. But after the victims transferred the money, they would be blocked from the pages.

In some cases, the victims did not realise they had been deceived so they would be asked to transfer more fees, Siriwat said.

He said loan seekers should realise that many Facebook pages offering online loans were bogus so they should seek loans from banks or micro-finance firms instead.

Siriwat said the numbers of victims were rising.